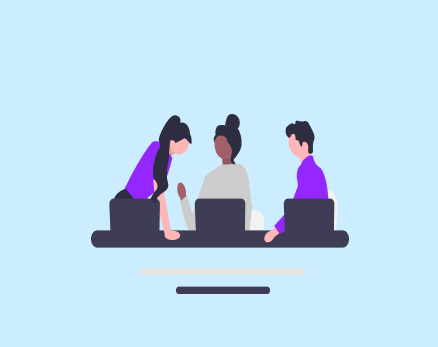 Programming has become an essential part of our lives as we are surrounded by software and apps daily. We need different types of programmers to build such a considerable number and types of software.

Each type of programmer has unique skills and expertise that they bring to the table. So, aspiring programmers must understand the different roles that programmers play in software development.

With that in mind, we get this blog to explore the various types of programmers and the other languages and technologies they work with.

We'll also discuss the different career paths available to programmers and the skills and knowledge needed to succeed in each role.

What is Computer Programming?

Computer programming is designing and creating instructions that a computer can follow to perform a task.

These instructions are called codes, written in a programming language that the computer can understand.

Programming involves breaking down a job into smaller steps and then writing code to execute each step.

For example, if you wanted to create a program that calculates the average of numbers, you would first need to figure out how to take the input (the numbers), add them together, and then divide the total by the number of inputs.

To learn more, check out our blog about computer programming.

Programmers can be divided by the language they have mastered or by their roles.

To make things uniform, we have listed the following programmers based on their roles in the software industry:

Web developers are programmers who build and maintain websites and web applications. They are responsible for the design, layout, and functionality of a website or a web application.

They focus on the client side of web development, which involves building and designing a website or web application's user interface.

Frontend developers typically use languages such as HTML, CSS, and JavaScript to build and style web pages and applications.

To learn more, check out our blog about frontend developers.

Backend developers focus on the server side of web development, which involves building and maintaining the infrastructure and logic that powers a website or web application.

Backend developers typically use languages such as PHP, Python, and Ruby to develop and maintain the backend of a website or application.

To learn more, check out our blog about backend developers.

Fullstack developers are proficient in both Frontend and Backend development and can work on all aspects of a web project.

Here are the skills you require for Web Development:

They work with organizations to understand their technology needs and goals and design and implement solutions that align with those needs and goals.

They may work as part of a team or individually and specialize in a specific area of systems engineering, such as cybersecurity, cloud computing, or data analysis.

Database administrators (DBAs) are programmers responsible for the design, implementation, maintenance, and security of an organization's databases.

They ensure that the organization's data is organized, stored, and retrieved efficiently and effectively, and they work to optimize the performance and availability of the database systems.

Database administrators can work as Database Managers, Database Engineers, and Database architects in various industries. From healthcare and finance to government and corporates, everyone needs someone to handle their database.

Most DBAs work with DBMSs like MySQL, Oracle, and SQL Server.

Software developers can develop software for various industries. As a software developer, you may take freelance projects, work full-time at a company, or just build and sell your software.

As a software developer, you need to have the following skills:

They are responsible for collecting, storing, and analyzing large amounts of data, and they use statistical and machine-learning techniques to extract insights and build predictive models.

There are tons of career paths that Data Scientists can choose:

As a data scientist, you will require the following skills:

Cloud engineers design, build and maintain cloud computing infrastructure and systems. They ensure that an organization's cloud-based resources are secure, scalable, and cost-effective.

Cloud engineers specialize in a specific area of cloud engineering, such as cloud security, cloud migration, or integration.

So, they can work in IT companies as cloud security specialists and even DevOps engineers in some cases.

To become a cloud engineer, it is essential to have the following skills:

System Administrators are responsible for designing, implementing, and maintaining the computer networks that support an organization's operations. These networks can include local area networks (LANs), wide area networks (WANs), and wireless networks.

There are several career paths that network system administrators can pursue, depending on their interests and goals. Some options include:

Network engineers design and implement computer networks for organizations. They are also responsible for selecting and configuring hardware and software and testing and troubleshooting network systems.

Network architects are responsible for designing and planning the overall structure and functionality of an organization's computer network.

To succeed in a career as a network system administrator, you must possess a range of skills, such as

Game Programmers are responsible for creating the code that drives video games. They work closely with game designers and artists to bring the game to life. They may be involved in every aspect of the development process, from conceptualization to testing and debugging.

Game programmers can pursue several career paths depending on their interests and goals:

They focus on creating the gameplay mechanics and systems that drive the game. They may be responsible for implementing character movement, AI behavior, and other game systems.

Graphics programmers are responsible for creating video games' visual effects and rendering techniques. They may work with specialized software and technologies like shaders and 3D modeling tools to create immersive and realistic graphics.

Tools programmers create software tools and applications that assist with the game development process. These may include level editors, asset management tools, and testing tools.

Hardware programmers are responsible for designing and implementing the hardware systems that drive computer systems and devices.

They work closely with hardware engineers to create and test hardware components, such as microprocessors, memory chips, and circuit boards.

Hardware programmers use specialized software and tools to create and verify the designs of these components and may also be involved in the manufacturing process.

Some popular career paths for hardware programmers include:

Firmware developers create the code that runs on hardware devices, such as routers, printers, and smart appliances. They are responsible for writing and testing the firmware that controls these devices and ensures they function correctly.

Hardware verification engineers test hardware components and systems to ensure they meet the required specifications and standards. They may use specialized tools and techniques to simulate hardware behavior and verify that it functions correctly.

To become successful in hardware programming, you must possess the following skills:

A testing engineer is responsible for designing, developing, and executing tests on software, hardware, and other systems to ensure their functionality.

Testing engineers are an integral part of the development process as they identify and fix defects and issues before the products are released to the public.

In a software testing career, you can work as a:

QA engineers are responsible for ensuring that a product meets the specified quality standards before it is released to the public. They use various testing tools and techniques to evaluate the product's functionality, performance, and reliability.

Test automation engineers use automated testing tools and techniques to test software and other systems. They design and implement automated test scripts.

Performance test engineers focus on evaluating the performance and scalability of software and other systems under different load conditions.

They may use tools such as load testers and performance profilers to simulate different usage levels and identify bottlenecks and other system performance issues.

Here is a list of essential skills required to become a testing engineer:

Why is Programming Important?

Programming is crucial because it allows us to instruct computers to perform specific tasks. Without programming, computers would be limited to the instructions they were initially designed to follow, and we would not be able to use them to solve new problems.

Programming is also essential because it helps us to develop critical thinking and problem-solving skills.

When we program a computer to perform a task, we need to think through the steps required to complete the task and write code that accurately and efficiently executes those steps.

This process requires us to break complex problems into smaller, more manageable pieces and think logically and systematically about how to solve them.

To learn more about the importance of programming, read our blog on why you should learn to code.

1. How many types of programmers are there?

There are many different types of programmers, and the number of categories can vary depending on how you define them.

However, there are many other specialized roles within the programming field, such as DevOps engineers, security experts, and artificial intelligence researchers.

2. Which type of programmer is best?

It is inaccurate to say that one type of programmer is "best," as each type has unique skills and expertise.

The type of programmer that is best for a particular project or job will depend on the specific requirements and needs of that project or job.

3. What are the five common programming categories?

Software testers do not necessarily need to write code daily, but they might have to write scripts once in a while. A software tester's primary role is to evaluate software quality and functionality by executing tests and identifying any issues or bugs.

5. What does a software engineer do daily?

A software engineer's daily responsibilities can vary depending on the specific project or team they are working on.

They might be responsible for designing and developing software systems, writing and testing code, debugging and fixing issues, and collaborating with other team members.

They may also be involved in maintaining and updating existing software systems and may work with a variety of technologies and programming languages.

To learn more, check out our blog on what software engineers do daily. 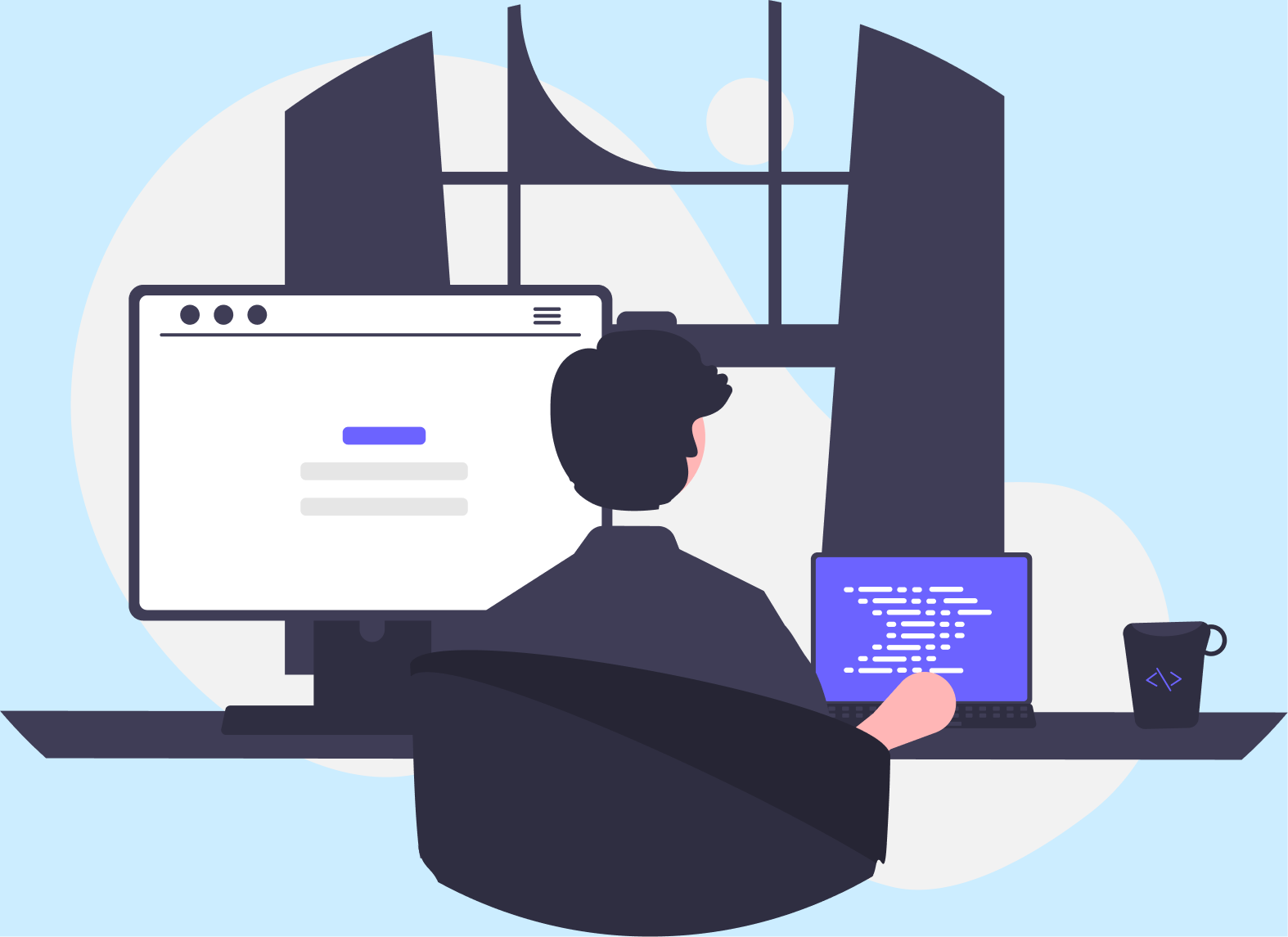 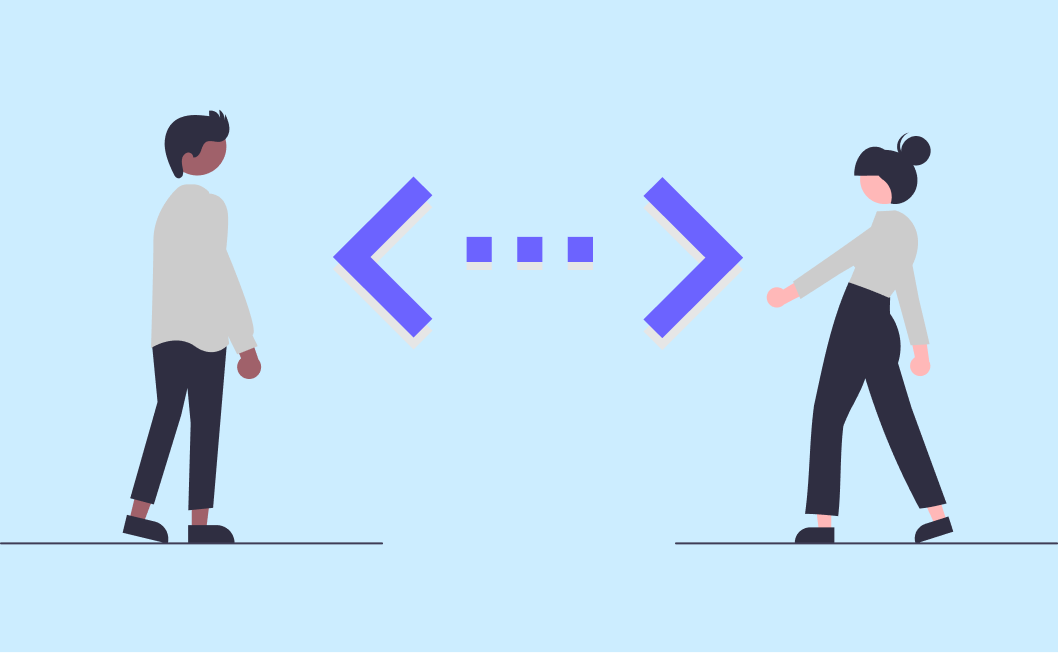