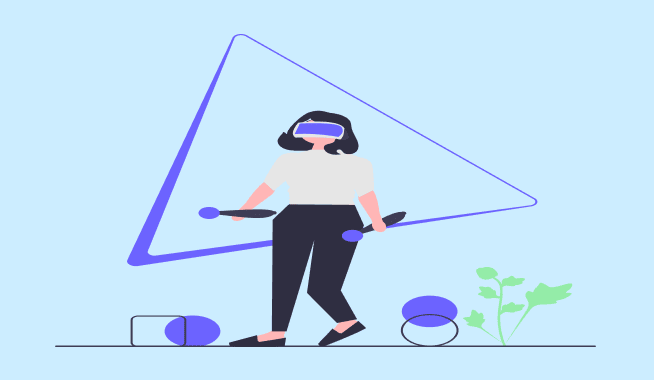 What Is Java Used For?

Java is a popular programming language chiefly used for software development. It was developed by Sun Microsystems, California, in 1995.

It is platform independent, which means that Java code written in one operating system can be used in another.

Because of these powerful features, programmers prefer to use Java to develop desktop and mobile applications. Today, applications made in Java are used in more than 3 million devices. And there are 9 million Java developers worldwide!

But why are the numbers so high?

One major reason is that Java is used in a wide range of applications. In this blog, we will talk about Java's applications, the reasons to learn the language, and its pros and cons.

So, if you want to learn more, continue reading

Having a wide range of applications opens the gate to more career opportunities.

Let's take a look at the major Java applications and the reasons why Java is suitable for each field.

It has frameworks like Swing, AWT, Griffon, and JavaFX that provide pre-built components like buttons, menus, form fields, etc.

So if you plan to build a desktop application, Java will make your development process much more efficient.

Here are some desktop tools developed with Java are:

Around 46.2% of Android applications (including the Android Operating System itself) are developed using Java.

Not only that but the popular IDE Android Studio is also written in Java. So if you are into developing Android apps, Java is a language you must learn.

Android apps developed with Java are

Here are some reasons why Java is used to program embedded systems:

Java is used to develop scientific applications because of its following features:

Popular scientific applications like MATLAB use Java for both front-end and back-end.

Web Applications are client-server systems that are accessed through the browser interface. Java is primarily used for the back-end side of web development, i.e., for coding server-side applications.

We use Java for web application development due to the following reasons:

Software Tools are computer programs developers use to write, analyze and debug code or programs.

Let's start with the most obvious reasons: salary, job satisfaction, and job openings.

According to GlassDoor, a Java Developer job falls under the top 10 best jobs in America in 2022. Here are some statistics to back that up:

Job Satisfaction: 4 out of 5

If you have a satisfying job that pays you well, what more can you ask from your career? You've basically hit the jackpot when it comes to your life!

And apart from job satisfaction and a high salary, you should also learn Java for its technical efficiency and its wide areas of application.

So if you learn Java, you can develop systems like

As you can see, learning Java means you now have more career options.

Benefits and Drawbacks of Java

While Java is popular and used widely, it also comes with a few drawbacks. So let's take a look at both the positive and negative sides of Java.

1. Is it difficult to learn Java?

No, it is not difficult to learn Java. You just need a proper learning approach and strong programming basics.

You can check out our interactive Java course to start your programming journey.

Yes, you can certainly get an entry-level Java developer job with only Java skills. Once you start working, you will need more skills like databases and Git.

Yes, you can learn Java in 2 months.

If you come to Java with prior programming experience, you can learn the language in 2 months.

But if you are a complete beginner, it might take you a bit more time. In any case, do remember to learn the language consistently to get better at it.

4. How long will it take to learn Java?

The time required to learn Java depends on the individual. Other factors like prior programming experience and dedication level also determine how quickly you'll learn the language.

However, if you are a beginner, you can easily learn the basics of Java in 2-3 months.

5. What is the hardest programming language?

Languages like C++ give us greater freedom to manipulate computer hardware. So, C++ requires a deeper understanding of how computers respond to code instructions.

On the other hand, programming languages such as Haskell, LISP, Prolog, etc., use functional programming or logic programming approaches, which are not easy for beginners to understand.