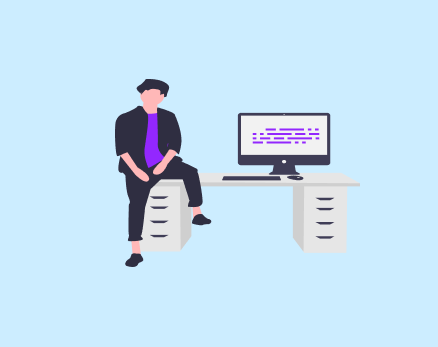 Even as a beginner programmer, you've probably heard of C++.

It is one of the most popular languages in the world and is used in different domains like video game development, IoT devices, Databases, Operating Systems, etc.

In this blog, we will explore the history of the C++ language, various areas where it is used, and the benefits and drawbacks of using C++.

C++ is a programming language developed in the early 1980s by Bjarne Stroustrup, a Danish computer scientist at Bell Labs.

Stroustrup was working on a research project that involved creating a new C-based programming language with additional features.

The first version of C++, called "C with Classes," was released in 1979, which introduced the concept of "classes" and object-oriented programming.

Over the following decades, C++ adoption skyrocketed, and in 1989, the first official standard for C++ was released. This version of C++ changed the language's syntax and semantics, and introduced a formal specification.

C++ is used in various industries today, which include software development, IoT devices, finance, and even video game development. As C++ has widespread use, it remains one of the most popular choices for developers.

C++ is a general-purpose programming language that can be used to develop a wide range of applications.

Here are some significant areas where C++ is used heavily:

C++ is widely used in operating systems because of its efficiency, flexibility, and ability to support object-oriented programming.

C++ is also used to develop word processors, spreadsheet programs, games, and multimedia applications. It is suited for these types of applications because C++ allows developers to create highly efficient and responsive programs that can take advantage of the underlying hardware resources of the system.

In addition to its use in operating systems and applications, C++ is also commonly used to develop middleware, software that provides a bridge between different applications or systems.

For example, a middleware program might allow a program written in one language to communicate with a database written in another.

Since video games need to access hardware like CPU, RAM, and graphics cards for low-level control, we need a language that can interface between the game and the hardware. That's where C++ comes in.

C++ developers can access features like memory management and pointers to manipulate hardware and get optimal performance. They can also efficiently use these resources with extensive C++ libraries.

In addition, there are tons of  C++ developers in the video game industry to share knowledge and experience. There are many C++ tools to help you create video game mechanics and engines.

Video game creation platforms such as Unreal Engine and Unity are also made with C++.

IoT (Internet of Things) refers to a network of physical devices (like sensors, computers, and appliances) connected in a way that allows them to exchange data. Smart TVs, Light-bulbs, refrigerators, watches, phones, computers, etc., make up the modern IoT ecosystem.

IoT devices also need software to run on, and C++ is a popular choice for coding them. The language is often used for IoT devices because of its efficiency and performance.

Since C++ is compiled, it is translated into machine code directly so that the computer's processor can execute it. This makes it faster than interpreted languages like Python.

C++ also provides a wide range of features and libraries that help us create robust and scalable applications. Here's how C++ might be used in IoT:

A database is a collection of data stored in a structured manner for easy and efficient access.

We can use C++ around Database technologies in multiple ways:

A web browser is an application that enables us to access and view web pages and other content on the internet.

C++ can be used to develop multiple web browser components like extensions, browser engines, and even web applications. Popular browser engines like Mozilla's Gecko and Google's Chrome engine are written in C++.

We can also create extensions with C++. Extensions are tiny programs that add a few bonus functionality to a web browser.

In addition, we can use C++ to create backends for websites running on HTML, CSS, and JavaScript.

C++ is a widely used programming language to develop operating systems, web browsers, and other applications that require high performance and efficiency.

In addition, developers use C++ to create games and simulations.

2. Is learning C++ harder than Python?

Difficulty in learning a language depends on factors such as prior programming experience, time investment, and resources used.

In general, C++ is considered more challenging to learn than Python because C++ is closer to machine code.

However, this does not mean that C++ is necessarily hard for everyone. Some people may find C++ easier to learn, especially if they have some prior programming experience.

To learn more, read about the 6 easiest programming languages to learn today.

Here are a few examples of projects we can build with C++:

Games: C++ is often used to create video games, as it allows for creating fast and efficient game engines.

Simulations: C++ can be used to build simulations for scientific research, such as modeling physical phenomena or analyzing data sets.

Web Browsers: Many web browsers, such as Google Chrome and Mozilla Firefox, are written with some C++ code.

The salary of a C++ developer can vary depending on factors like experience, location, position, company, and more.

But on average, C++ developers make around  $77K yearly in the United States.

5. Can I learn C++ without experience?

Learning C++ without prior programming experience is possible, although it may be more challenging than learning a language like Python.

C++ has a  complex syntax, which can take months to get used to. The language also has advanced applications and low-level features that can take time to learn.